Bible Verses About Family: And Why Yours Might Be Bigger Than You Think 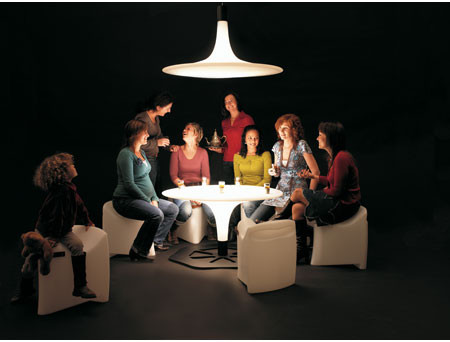 If you haven’t picked up on it by now, I think friendship should be a core value of the Christian faith. And I’ve been taking Wednesdays to explain why friendship strikes me as an important and intentional thread in the Bible. (Read the other posts in this series here.)

Last week, we talked about how Gentiles (non-Jews) sometimes interacted with God even back in the Old Testament, when most of us think about God having an exclusive deal with Israel. And how God’s openness to those who weren’t national Israelites perhaps introduced a building idea that God was building something bigger than Israel. That God’s family was never intended to stop with Israel, but it was always expanding outward.

There will be a lot more to say about this when we reach the New Testament, but today, I thought it might be helpful to pause and take the express route to look forward (just for a minute), to see how that expanding-family theme seems to build out after Abraham.

So Back To Covenant For a Minute

To piece things together, we have to retrace God’s covenants for a minute. (Keep in mind, the ones focused on here are major covenants, but God made covenants of other kinds with plenty of other individuals and groups as well.)

Within God’s covenant with Abraham  (which we discussed last week), for example, there is a promise that Abraham’s descendants will rule and that, in doing so, they will bless the world.

Abraham’s covenant is naturally passed on through his son Isaac, his grandson Jacob, his great-grandson, Joseph, and eventually–Joseph’s children, including Abraham’s great, great grandson Judah. It’s from Judah’s descendants that both King David…and later, Jesus, are born.

So promise is being passed through family–a more narrowly defined genetically related family, at first.

David is a key family figure in how all this builds genetically from Abraham (which we’ll look at more later). But the important note to make for now is that David has his own covenant with God that you can find in 2 Samuel 7:

“And when thy days be fulfilled, and thou shalt sleep with thy fathers, I will set up thy seed after thee…He shall build an house for my name, and I will establish the throne of his kingdom forever. I will be his father, and he shall be my son. If he commit iniquity, I will chasten him with the rod of men, and with the stripes of the children of men: But my mercy shall not depart away from him, as I took it from Saul, whom I put away before thee. And thine house and thy kingdom shall be established forever before thee: thy throne shall be established forever. “

[I gave that to you with all the thees and thous still attached, just so you know it’s official. ;) ]

This promise to David is why the gospel of Matthew starts off by reminding us that Jesus was the “son of David,” and thus He had the right to rule over God’s people. In this family tree, then, Jesus is genetically–and covenantally (if that’s a word)–connected to Abraham.

Why is this all related to the idea that God is building an expanding family? The answer is partially related to something theologians call Supersessionism.

Supersessionism is the idea that that those who later believe in Jesus (in the Christian faith) are then partaking in God’s covenant relationship that began with Abraham and the Jews much earlier.

To be fair, theologians have different opinions on how the Old and New Covenants, Abraham and Jesus and everything in between, might tie together. These three listed below are only a few of them:

There are plenty more questions around the various takes on supersessionism too. But, as I mentioned before, since I’m not a theologian and have little need to drive every question to a certain conclusion, I don’t try to write position papers offering definitive conclusions.

I’m calling my pass on taking positions on things like this the holy shrug.

Here’s why I care, even though I’m not a theologian: Whatever you believe about who superseded who and why, it’s clear that the relationship that was once open just to Israel (and perhaps a few responsive Gentiles we mentioned last week) is now more broadly, more officially, being extended to all people everywhere.

The early believers seemed clear the children of Abraham are no longer just the literal descendants of his tribe. In fact, bragging about being great-great-however-many-great-grand-children of Abraham is specifically invalidated (Matthew 8:11 and Luke 13:28).  According to Paul, in fact, anyone who believes can now be grafted in as “the Seed of Abraham” (Galatians 3:6-29). Seemingly, Paul sees Jesus as Abraham’s promised “seed” who will finally help bring Israel’s blessing to all nations (Galatians 3:16 & Genesis 22:17-18). He goes as far as to say those who believe in Jesus are adopted heirs–brothers and sisters then–of Jesus.

And Jesus, who of course we’ll talk about more later, hints at the same connection in Matthew 12 (arguably one of my FAV passages in the Bible):

For whoever does the will of my Father in heaven is my brother and sister and mother.

So here we have an inspiring possibility: the possibility that the same God who looked at Adam and said “humans shouldn’t be alone” is again bringing more people–well beyond Abraham and Israel–together.

Stirring Good For Others

God’s continuing in relationship with those earth-tending people who are made in his image. And he continues, with each generation, to offer them evolving means to deal with evil that compromises a world he made to be “good”. This means to draw close to God, to continue in his purposes, and to struggle against evil that surfaces through Christ includes an even more obvious spiritual dimension. Christ doesn’t just help us challenge evil in the world, he helps us deal with the evil present in us–in you and I collectively–that compromises the good in God’s image bearers.

In Christ, we have even more powerful means to stir good not just for ourselves, but for others. Your friends–your unlikely neighbors, even your enemies–it turns out, might just possibly be your family.

Life After Divorce: Divorce's Impact on Adult Friendship
How To Network: 10 Insights For Understanding Support Systems