Male Friendship: What The Research Says About Guy Friends. 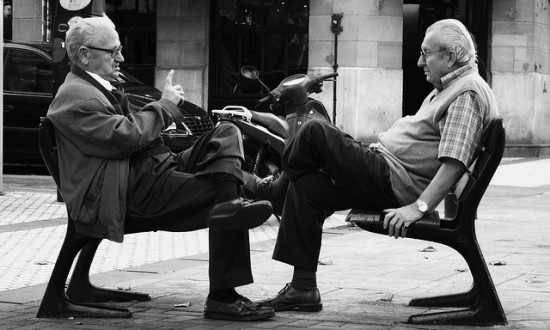 I’ve been plowing through research on how humans connect to each other for several weeks now.

We’ve covered a lot of territory so far, following how people experience friendship from childhood to older adulthood. Besides looking at how life stage impacts our relationships, one of the most common themes in existing research has been related to friendship and gender.

So here’s a note from me: When I first began researching this topic I thought, surely this is too stereotypical to be true. Or, if it is true, I wondered, is it only true because we’re measuring male friendships with female categories? Maybe men don’t even want as many or the same kinds of friendships as women.

But they report they do.

So men desire the same level and type of intimacy in their friendships as women, but the bad news continues: they aren’t getting it.

Monsour, Michael. (2001). Women and Men As Friends: Relationships Across the Life Span in the 21st Century. London, England: Psychology Press.

Why People Don't Rise Up Against (Even Bad) Change
Salvation in the Old Testament? How Non-Family Became Family.