Roots AND Wings – The Path to Unblocking Dreams 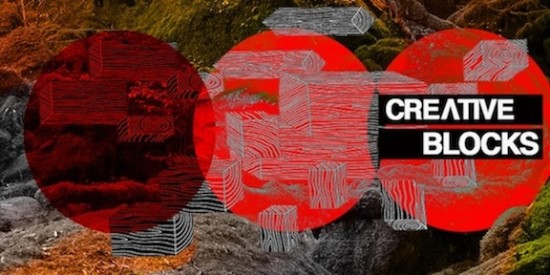 [[Today I’m participating in a Blog Carnival about Creative Blocks. Don’t miss the 11 other amazing contributors who wrote on different creative blocks linked at the bottom of this post.]]

There’s a poem that says “If I had two wishes, I know what they would be, I’d wish for Roots to cling to, and Wings to set me free”?

The poem was meant to inspire good parenting. But, if you think about it, it’s also a genius reflection on the makings of a dream.

ONE SIDED DREAMS GET BLOCKED 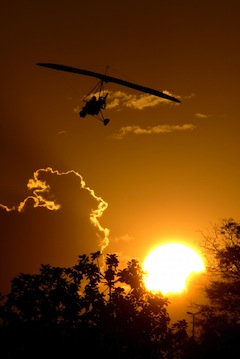 A good dream’s gotta have wings.
Ambition.
Inspiration.
A little head-in-the-clouds, save-the-world fuel behind it.

But on wings alone, dreams get lost in the stratosphere. They get sidetracked by lack of funding or disoriented by the dreamer’s inability to manage his emotions. On wings alone, dreams get blurred–sometimes so much that the dreamer doesn’t even notice that his team is fraying or that important details were dropped fifty miles back. Dreams can have wings and still be flying at mach speeds toward a brick wall.

Of course the flip side–roots without wings–is no better. On roots alone, dreams get stuck in the mire of “the way we’ve always done it” and “tomorrow I’ll get to that”. Dreams get so sanitized of risk that they go from being “dreams” to “goals” to “what ifs” in a matter of days. On roots alone, dreams move so slow the dreamer doesn’t even see them get blocked. The dreams just become inanimate words on a to-do list that gradually slides down into the seat cushions.

ARE YOU A WINGS OR ROOTS PERSON?

In my experience, dreamers tend to lean one way or the other. 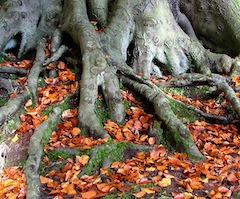 There are Wing People. People who pride themselves in being risk-takers, who get thrills and chills off lining up as many dreams as they can and then going at them like a firing squad. Wing People imagine that every dream must take them far, far away from their pasts, from their current location, from the people they’ve known and even from the people teamed with them right now. That’s part of the adventure, right?

Wing People jump before there is a safety net. And they expect their team to applaud them as they messily build a net in the air on the way down to the crash landing.

Wing People scoff at those who suggest they should look before they leap. They disdain those who advise them to slow down enough to take their team with them.

These observers don’t have the guts to live on the edge like I do, Wing People congratulate themselves. They don’t understand the pace I run.

On the other hand, there are Root People. Root People are unwilling to dream if it requires them inching away from what they know—if it impacts their reputation, requires them to quit their jobs, or asks them to relocate geographically.

Root People are the IRS auditors of dreams who can only move forward in scenarios where there is zero risk and guaranteed gain. Which means they never move forward. So even though Root People are great thinkers, they’re like the pot-smokers of the dream world: they sit around and opinionate about what’s wrong with the world but never actually do anything to change it.

Root People roll their eyes at those who suggest anything impractical. They imagine all the ways an idea could backfire, visualizing the worst case scenario—full of bankruptcies and lawsuits and death by electric chair. 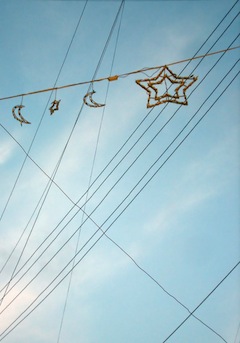 If we want to keep the path of our dreams free of road blocks, we’d be well served to sift new ideas for these two components: roots AND wings. As we pursue those dreams, we might set up checkpoints along the way to ensure we keep an emphasis on both-Am I continuing to give it wings of inspiration? Am I continuing to deepen its roots for the long haul?

The good news is that after dreaming goes wrong a few times, the maturing dreamer tends to find a little balance. They enjoy flying sometimes, speed-racing across the sky and coasting around doing loop de loops on their wings. But they also develop a comfortable swagger on the ground so that their wings don’t become tattered or cut their allies to pieces.

HOW THAT LOOKS IN MY WORLD 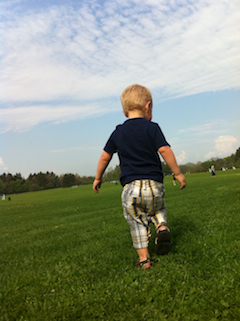 I haven’t figured out the perfect balance between these two yet, but as I hack out the middle ground, here’s my rules for how to keep my life a good mix of daredevil antics and steady strolling.

And the test of good balance between roots and wings, I find, is that at the end of the day—whether you’re in the beginning, middle, or end of pursuing your dream, you feel this thing called PEACE.

The proof of a good dream, my friend, is whether you feel like you’re living it, not just someday, but right now.

[Note from Sarah: This is part of a blog carnival on different types of creative blocks. Below you will find the rest of the participating bloggers. Click the links to read other posts and feel free to join the discussion ” on Twitter using the hash tag #creativeblocks.]