Social Norms: Can They Be Changed for the Better? 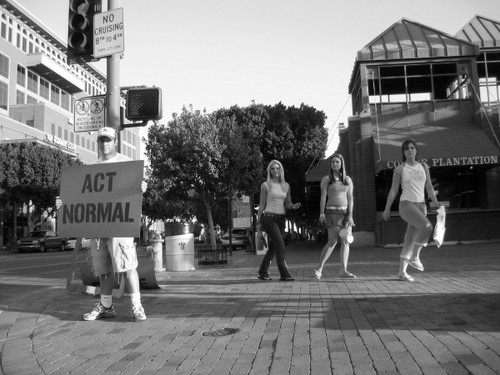 Over the last two weeks, we talked about how society *mysteriously* shifts a little bit at a time–almost perhaps unnoticeably [Read more about Change Blindness]. How slooooowly, we let go of old social patterns (say playing baseball in the street) and replace them with new ones (maybe playing video games inside in the air conditioning?). These tiny, incremental shifts might not be drastic enough to warrant a protest, we theorized. No one’s ever going to picket D.C. over there being less neighborhood baseball games, right? But if you add up all the small changes, most of us recognize that they DO still subtract from the way we live over time [Read more on our social thresholds].

But Can We Change Social Norms?

In reverse, then, the same thing is probably true. Big social change that increases or recovers connectedness probably won’t occur all at once either. There won’t be some act passed by congress that makes it illegal not to know our neighbors’ names, right? Instead, moving toward deeper or more meaningful connectedness likely also happens through small incremental shifts.

In other words, if we understand how social norms are formed and how they change, we might be able to also change them for the better. One fascinating study by Cristina Bicchieri and Hugo Mercier investigated this possibility.

Some insights they offer include:

How does this possibility strike you? Are there norms you’d like to see recovered? Do you think it’s even realistic to affect widespread change in the way people to relate to each other?