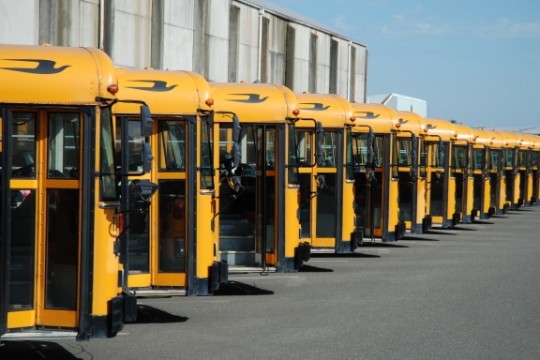 By day, some of you know, I teach at an alternative high school for at-risk urban teens.

They call me the Skinny White Girl.

I call them whatever gets their attention. :)

I make little pacts with some of them along the way, trying to help them reverse the deficits many come in with. Poor reading levels. Criminal records. Gang affiliation. Multiple babies. Drug habits. Drug selling.

Between all that and keeping them from skipping to hit the neighborhood donut shop (It’s Hinkleys. Can you blame them?), I don’t have much time or energy left over for politics.

But every once in a while politics seems to stroll right into the classroom and walk off with your dry erase markers. ;)

That’s how I’m feeling this week.

Here’s why: Michigan’s lawmakers cut back funding to the tune of $300 per child.This is stacked on top of another recent cut back, which already reduced funds by $170 per child.

You can probably sense the big math problem that creates. Because we’re not just talking about $470. When you do the multiplication, a school of, say, 1,500 students, is losing $750,000.

For our district, that means cutting 50 teachers. (Kudos to our district for trying to keep those cuts away from the in-classroom spots that affect kids most.) But for some it’s even worse. Schools in Detroit and Monroe, for example, have had to lay off ALL their teachers with the hope to later call back as many as they can after numbers get crunched.

Welcome to our world.

Money, as you know, gets a lot of people fired up. So every once in a while I appreciate the comic relief that pops up in the form of satire.

For example, one person suggested, tongue-in-cheek, that maybe all the schools should just fold their bussing programs. That schools could issue community apologies to parents, explaining that with $750,000 taken out of our programs, that there isn’t enough money to fund the normal services to families.

The idea being that if all the schools left their busses on the lots, and come Monday parents had to figure out a new morning routine to drop off kids, that a lot of parents would quickly care about funding issues that otherwise get lost in the local newspaper headlines.

Its probably safe to say (smirk) that if come Monday morning, kids across the state were all standing by the curb and no busses came, phones at the state legislature would ring off the hook.

Maybe someone somewhere could find some funding then.

I’m not foolish enough to think our educational system is perfect (but please know the systems for measuring it aren’t either) or that a quirky, off-the-cuff solution like cutting busses is the right long term one. But it makes me smile to imagine the state switchboard lighting up with people who are suddenly motivated to lobby for students.

So the busses will probably keep rolling out, but when you see those busses on the street, please remember to say a prayer for those of us who are trying to teach more kids with less help every year.

How to Eat Homemade Macaroni
For starters, they wore clothes