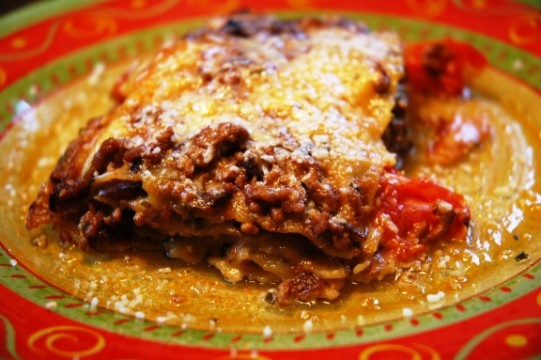 It all started with a bowl of peaches.

And at the top of my world.

My dad had let me wedge myself into the van-full of adults taking the blue and white striped church van to the exotic city of Detroit.

We were going to an organization in the Cass Corridor that served a group of people called “homeless”.

I knew of course that this meant the people had no homes. But how they had lost them was a mystery. I had to assume that their houses had burned down, or been swept away by a tornado or that maybe those bad men in black who always showed up in the movies had stolen them.

This stirred my childish sensibilities. I feared for these “less-than-homed” people sitting out in the cold. I imagined panhandlers lined along the curb, shivering, vulnerable to crime, dependent on society’s mercy to help them survive.

The fact that there was any kind of stigma around being homeless had  completely escaped me.

…Until at lunch, after all the homeless had been served, one elderly man buried under six layers of coats came up to the buffet line and asked for a second helping of peaches.

Spoonfuls of peaches had been dolloped into individual styrofoam bowls. And since there were twelve bowls left in my area, which I had dutifully straightened into two even rows, I happily stretched out my hand to give him one.

This is when one of the staff member’s at the center grabbed my arm.

“No honey, they’re not allowed to have two servings.” She turned back to the man, her voice taking on a gruff quality. “You know the rules, Bernie. One helping. If you don’t follow the rules, you can leave.”

Bernie eyed the styrofoam bowls in front of me, in one glance making me feel like the selfish hoarder of all the worlds’ surplus peaches. Then, without a word, he slowly turned and shuffled back to his seat.

The woman turned and began clearing the table. “Throw those in the garbage, honey.” She directed.

I gulped, stuck in one of those impossible internal battles that one is barely permitted to have as a child.

I knew I was supposed to listen to adults. Especially adults who were in charge, like this staff member.

But the whole while I helped clear the table, I was horrified at the thought that any of the homeless–who were hungry–might be watching as I threw away food they would’ve gladly eaten.

I eventually escaped the table of adults to carry around an important looking coffee pitcher and offer the “guests” refills.

And that simple little radar detector that children still have, that bleeps out what is so clearly right and so clearly wrong, quickly lead me to relocating Bernie. I wish I could say I snuck him a bowl of peaches, but I wasn’t ready to lead any resistance at the time.  Instead I refilled his coffee and talked to him about lunch.

“Yes.” But then he leaned in and whispered, “But we get spaghetti all the time.”

“Now my wife used to cook Italian all the time,” Bernie told me, his face breaking into a wide grin. “And what you don’t see anymore these days is a good lasagna bolognese.”

There it was: lasagna bolognese.

I had no idea what lasagna bolognese was. I imagined lasagnas baked with layers of bologna between the noodles.

But on the way home, I did the only thing I could. I spent the whole hour drive back lobbying for us to bring lasagna the following month.

The women in the van eventually obliged me, some of them being the type who shopped at specialty food stores. The kind who read Martha Stewart magazines and arranged meals neatly onto decorated plates.

“What kind of lasagna should we make?” One asked.

Then they launched into discussions about various lasagna recipes they’d tried.

“No!” I interrupted. “It has to be bologna lasagna.”

I carefully explained Bernie’s special order, which quickly settled everything.

And sure enough, the women were good to their word.  The next time we lined the back of the van with those disposable aluminum trays full of ready-to-bake lasagnas and garlic bread.

As they baked in the organization’s kitchen, I drank in the aroma, hoping it would spill into the eating area so that as soon as Bernie arrived he would smell it.

I hoped he would be reminded of days of wives and homes and good Italian meals. And the second serving of peaches he was never allowed to have would fade away for just this once.

That he was at my graduation party 10 years later or that when I enrolled in an Urban Studies program as a college junior, that I came home to talk to him about it.

In reality though, Bernie never showed that second month. Like much of the homeless, he was transient, moving around, finding his way. And my interaction with him, like many with the homeless to follow, would be brief and choppy, piece-mealed, rather than the steady similar people-knowing that happened in the suburbs.

The lasagna bolognese was my first hint that systemic issues like homelessness were not reversed by the kind offering of Italian cooking. And my first hint that when you feel dissatisfaction with the way the world is, you’re also feeling vision for how the world should be.

The lasagna still ended up being for Bernie. It was the  beginning of a pledge to him and to people like him.

That’s how it all started. A styrofoam cup of fruit and a little Holy Spirit collided to make me determined to grow up into the kind of adult who would fight terrible societal problems like the shortage of peach servings, and many more serious ones that would slowly land in my heart in the years to come.

[[Each week I’ll be sharing another snapshot from my failed attempts to save the world. But let me tell you the current “end” of the story: I grew up to take a full time staff position where I developed exercises for helping churches reach beyond their four walls to society’s marginalized.   These activities are currently being compiled into a resource book to be published. In the mean time, we’re inviting you (your family, your small group, your church) to receive the exercises free if you’d like to try them in your context. You can read more here.]]

Announcing STORY 2011: Imagine Nation at Story Chicago
The Creative Process: How Does Your Brain Work?