How to Respond To an Open Letter 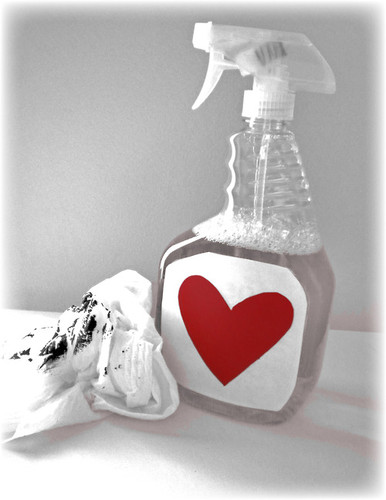 The average person has probably never written an “open letter,” nor have they had to decide how to respond to an open letter written to them.

(If you’re the exception, congratulations on your online famousness.)

But these letters are out there in mass. Just Google “open letter to” and you’ll find plenty of reading to distract you from folding that laundry.

Sometimes they work and the public attention generated by an open letter actually prompts resolution. But sometimes the public correspondence just triggers online wars. The sender and receiver begin trading heated opinions back and forth and allies line up on both sides, resulting in more and more open letters crossing aimlessly across the web. And let’s be honest, all the controversy probably isn’t bad for their blog traffic.

I guess that is why it’s nice to see how one recent “open letter” exchange actually ended well.

Here’s the story. Kari Wagner-Peck, who is the mother of a child with Down syndrome, recently wrote an open letter to Chuck Klosterman at The New York Times, challenging him about using offensive language to reference people with intellectual disabilities.

Today people with cognitive disabilities and their allies are asking members of society to refrain from using the word “retarded” (along with all mutations of the word)… My question to you: Is it ethical to contribute to the denigration of the vulnerable? I am particularly interested because you, Chuck Klosterman, are The Ethicist for the New York Times…

Kari then went on to provide three examples of how Chuck offensively used the word “retarded” over the last 8 years which you can read here if you can stomach some offensive language.

So Kari mails the letter into cyberspace…and waits.

And here’s where the story takes an upturn. Chuck sees the letter and responds and now Kari is applauding his response on her Huffington Post blog.

She calls his response “beautifully simple.”

I have spent the last two days trying to figure out a way to properly address the issue you have raised on your website. I’ve slowly concluded the best way is to be as straightforward as possible: I was wrong. You are right.

Kari goes onto describe how Chuck then issued himself a self-imposed fine of sorts and chose to donate $25,000 to an organization that benefits those with intellectual disabilities.

Not a bad outcome, ay? It not only provided some personal amends, but it also provided a pretty snazzy example of how to gracefully respond to criticism and humbly own up to our own need for growth.

As a human being and as a writer, I hope I can minimize the damage I do with my words. But I hope in the times I fail, I can rise to the occasion like Chuck Klosterman.

And when people respond to my offenses with an olive branch,  I hope I can also rise to the occasion like Kari Wagner-Peck.

Well done, people. The internet is better off because you’re part of it.