Can Friendships on Social Networks Be “Real”? 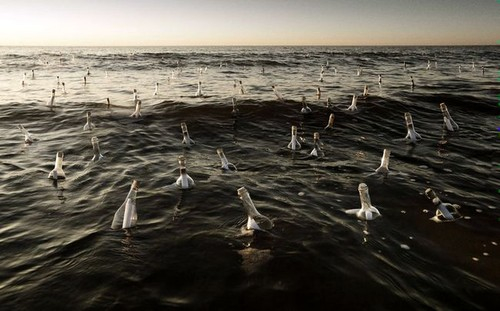 Try this one on for size. When Veronica Ward was ten years old, she rolled up a message, tucked it into a bottle and threw it into the North Sea in 1959. The paper inside read: “Veronica Ward, aged 10, 57 The Green, Ossett, Yorkshire, England. Posted at Skipsea May 31st 1959.”

Veronica said she didn’t really expect anything to come of the act. It was common for children living where she did to throw bottles into the sea.

But 500 miles and six months later, something did come of it. The bottle was picked up by a father who then handed it over to his 15-year-old daughter, Britt Pedersen, on the islands of NY-Hellesund, in Norway. The teenaged girl decided to send a letter off to the bottle’s original owner that said, “I think it was very strange that the bottle happened to land here on this island where I am living because I always wished to write to an English girl.”

Veronica met Britt in person when she spent some time working at a private school in England. Veronica also visited Norway twice and Britt’s parents visited England a few times.

Britt recently came to England to visit again, which marked another installment in a friendship that has now extended over 54 years.

Perhaps if two children can stretch a piece of paper and a glass bottle into a 54 year, international friendship, a few of us will make something of this thing we call the internet. Or, even without the romance of a bottle washing up into our yard, we might consider the goodness of potential lifelong friendships waiting with the people living and working all around us.

It’s never too late to start.

What People Are Saying
Another Common Thread: Why Violent Crime Is About More Than Guns