Another Common Thread: Why Violent Crime Is About More Than Guns 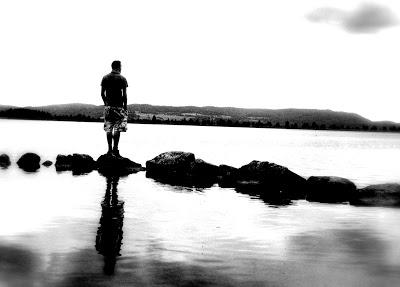 I know when we discuss the instances of mass violence that have dominated the media as of late, the popular thing to do is to discuss one’s position on gun control.

But that’s just not my thing.

Growing up largely in the Michigan countryside where hunting is a staple that comes somewhere after breathing, eating and working, I’ve known entire communities of people who treat guns responsibly. And only two or three who misused them, usually by accident or carelessness. So while, yes, I cringe with everyone else about the availability of semi-automatic and automatic weapons, guns aren’t the only common thread that jumps out to me from these stories.

It’s Something Else You Consider Less Dangerous

Throughout the 15-picture photo essay, which has since been made a private gallery, Tamerlan Tsarnaev’s life is on display, talking openly about his religion, his straight-edge lifestyle, his boxing dreams, and the difficult time he had adjusting to living in the U.S. for five years.

“I don’t have a single American friend, I don’t understand them,” Tamerlan Tsarnaev said in the photo essay.

Adam Lanza had few friends and, as a child, went to great trouble not to mix with his fellow students at his state school. A Newtown resident also suggested he was home-schooled for some time.

“I always saw him walking alone, sitting on his own at a table or on the bus. Most of the time I saw him he was alone,” said Alex Israel, who was at school with him as a young girl.

“He was really quiet. A little fidgety, uneasy. I think socially he was just going out (into the world) and not making friends with everyone.”

Her mother Beth Israel, who lived nearby, said: “I know he had issues. He was a really troubled kid … a very quiet kid, a shy kid, maybe socially awkward.” He was not on Facebook, unusually for any Westerner of his generation, and did not appear in his 2010 High School Yearbook. Instead were written the words: “Camera shy”.

Holmes kept a low profile after arriving in Colorado last year to seek a Ph.D., moving into Apartment 10 in a building reserved for school colleagues and staff in the Denver suburb of North Aurora.

He would ignore the hellos of other residents, and walk the hallways without acknowledging their presence. His curtains remained drawn, and Holmes remained a cipher.

“No one knew him,” a neighbor told the Denver Post. “No one.”

What do you think?

Can Friendships on Social Networks Be "Real"?
College Senior Gives Up Athletics to Donate Marrow to Stranger - Surgery Today (Congratulations on Being a Good Human No. 3)